Great times with your mates and… 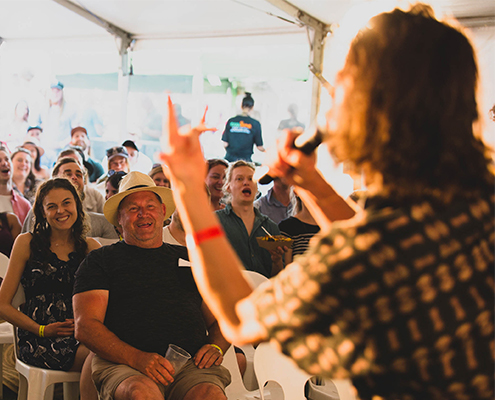 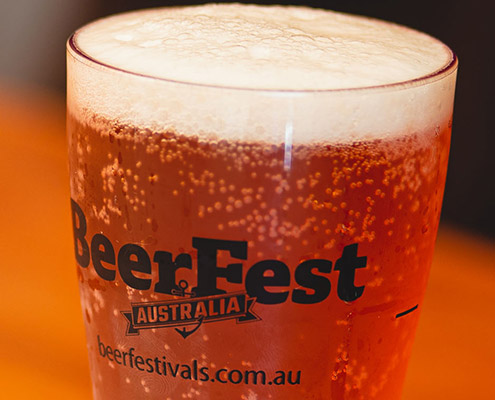 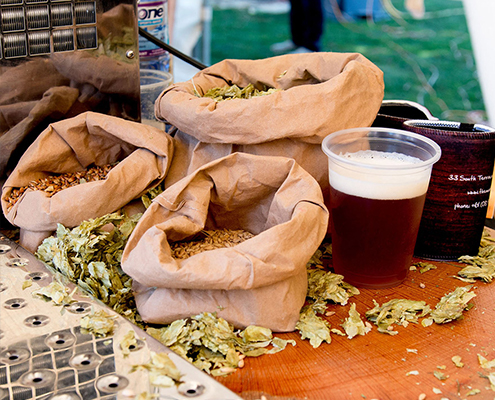 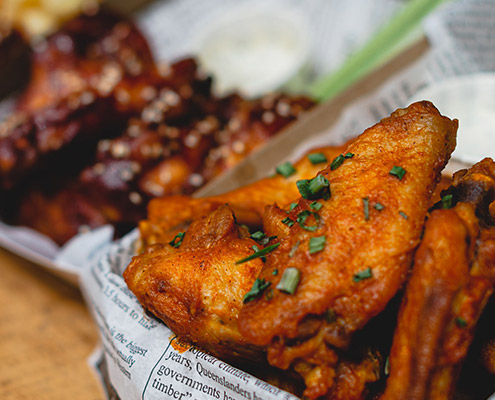 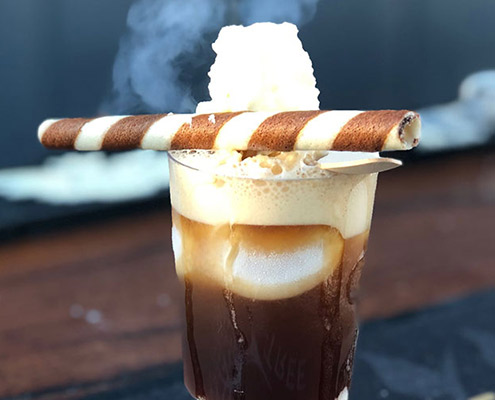 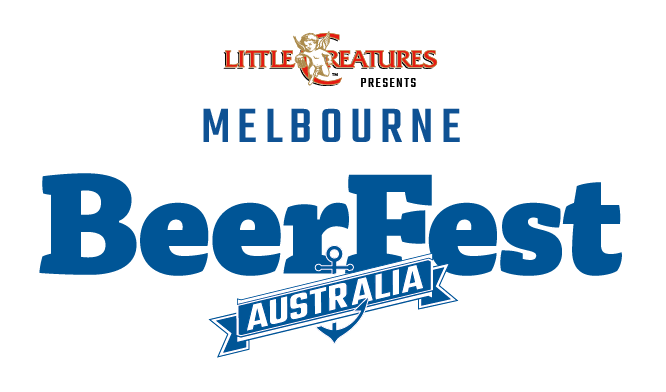 Melbourne BeerFest presented by Little Creatures offers one of the largest and most colourful collections of the best producers in one location! With over 50 unique, exotic and small batch craft beers, ciders, seltzers, cocktails and international gourmet street eats across two sessions on one epic day.

BeerFest quite literally has something for everyone!

Now more than ever, it’s so important to support your locals!  We are proud to showcase local brewers, cidermakers, distillers, food producers and local venues from almost every region.  From limited releases, creative collaborations and local regional favourites, festival goers can expect the best of everything at BeerFest! 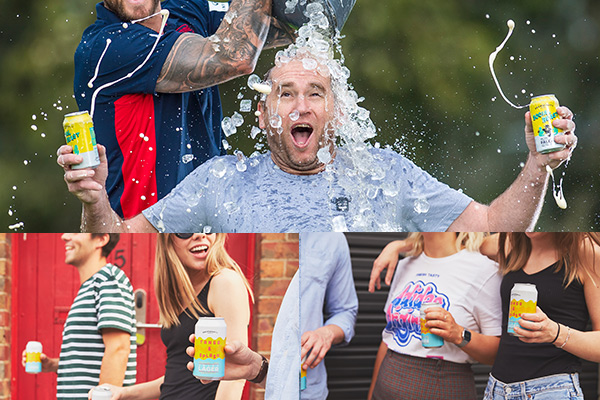 Brewmanity Beer Co is once again encouraging beer lovers to dedicate the month of March to exploring their favourite watering holes, and join them on a Beer March to help Fight MND.

Less of a pub crawl, and more a series of day trips, the Beer March is all about encouraging people to explore Melbourne’s pub scene, all while raising a few funds for a much needed cause.

Last year the event raised $30,000, with 30 pubs supporting the cause, and this year the Beer March is set to kick off with a bang at St Kilda BeerFest at Catani Gardens.

Brewmanity will be setting up a Big Freeze zone at this year’s St Kilda BeerFest, and together with BeerFest Au have released 50 charitable tickets to get the fundraising started.

For just $50, you’ll get entry to the festival – featuring Sneaky Sound System – 2 free Brewmanity beers, and the opportunity to dunk Brewmanity Founder, David Neitz, into a freezing pool of ice!

Motor Neurone Disease has no cure, and with 2 people diagnosed, and 2 people dying every day, the fight against MND requires significant research and support from the local community.

With 100% of the ticket price to be donated to the Fight MND foundation, for goodness sake, get your BeerFest on! Grab your charity tickets!

Your Health and Safety is Important To Us!

For your safety, we will be implementing focused measures that you will notice to ensure total compliance with all relevant and recommended Government restrictions and protocols.

WHAT CAN YOU DO TO HELP?

WHEN IS MELBOURNE BEERFEST?

WHAT ARE FESTIVAL TIMES?

Two sessions on the one day:

WHERE IS THE FESTIVAL?

WHO’S GOING TO BE AT THE FESTIVAL?

50+ brewer/ cider/ cocktail/ wine stalls with food trucks. We’ll have a list of who’s there and a festival map available very soon.

WHERE CAN I BUY MY TICKET?

Tickets are available now via eventbrite.

Important: due to COVID requirements, this will be a 100% cashless events. Strictly no gate sales will be available, buy tickets online in advance.

WHAT IS DIFFERENT BETWEEN THE TWO SESSIONS?

Also, the day session is all ages, while the evening session is 18+ only.

HOW WILL THIS EVENT OPERATE IN A COVIDSAFE MANNER?

The BeerFest Australia team is experienced in delivering COVIDsafe events that work within and are updated in accordance to the most current Government framework.

Melbourne BeerFest will be our 6th COVID safe event in 2020/ 2021. In the unlikely event that BeerFest is cancelled for reasons beyond our control, 90% of your ticket will be refunded immediately

WHAT DO I GET FOR THE PRICE OF MY TICKET?

What are master classes?

Masterclasses offer an exciting up-close and personal way for beer experts to share their knowledge, experience and passion for all things craft beer. Our master-classes or as we like to call them beer education sessions will take place every hour throughout the weekend.

These sessions include, but are not limited

Important: Our master class sessions are available in the day session only. We’ll announce these classes soon.

Who will be there?

Melbourne BeerFest hosts a huge and comprehensive range of Australian Craft Brewers and Cider-makers, with over 300 Brews, Ciders, Spirits, Cocktails & Wine to sample.

A festival map is available showing the full lineup of stalls and layout.

How much are the drinks?

Note as per COVID requirements, the festival will be 100% cashless.

Will gate sales be available?

As per COVID-19 restrictions the festival will be cashless. This includes no gate sales been available.

What drink options besides beer are available?

Besides our large craft beer selection; cocktails, seltzers, wine, ciders, spirits will be available along with gluten free and alcohol free options.

Are there ID or minimum age requirements to enter the event?

Day Session: A wristband allowing drink purchases/ consumption is only given to people 18+. $10 Tickets are available for ages 12 – 17, with under 12 been free. Under 18’s must accompany a paying adult 18+.

Evening Session: Our evening session is strictly ages 18+ only.

We try to ensure there’s a wide variety of food and drink options for people to choose from. This includes some GF options.

Will there be non-alcoholic beverages?

YES! There will be a variety of amazing food, water, juices and soft drinks available for purchase onsite. Complimentary water stations will also be provided.

Will there be pass outs?

Yes, the festival goes all day and there is a lot to take in, so you may need a break or two to catch your breath throughout the weekend.

Can I bring my pet?

We love our cuddly friends as much as everyone. However, sometimes our little friends can make people uncomfortable or become a health problem where food is around so we just can’t let them on site. If there is a medical need for your pet, please contact us to organise in advance.

What items can I bring (and NOT bring)?

A folding chair is allowed at the festival. Bags/ jackets may be subject to search on entry.

Prohibited items include, but are not limited to:

Event management reserves the right to handle each occurrence on a case by case basis. Depending on the item, the guest may either be asked to remove the item from the facility or dispose of the item, or may be ejected from the facility. All bags, jackets, and guests are subject to search upon entering the event.
Items which have varying policies include: cameras, video/audio recording equipment, and signs/ flags/ banners/ posters.

Can I smoke anywhere at the festival?

These festivals are non-smoking events, there will be designated areas will be signposted throughout the site.

Be the first to hear about festival news

We will only send out a handful of emails throughout the year, relating to Melbourne BeerFest announcements.